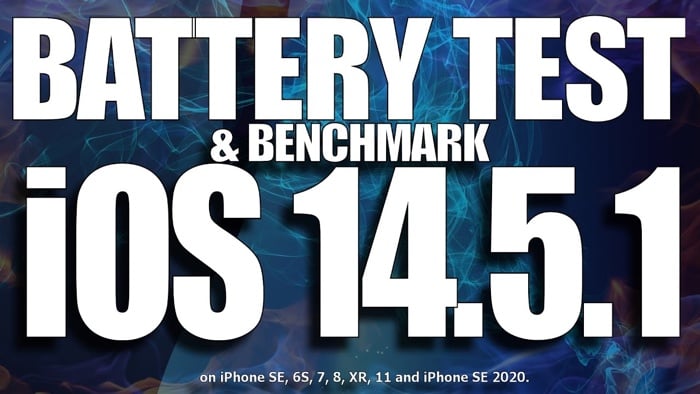 Apple recently released their iOS 14.5.1 software update, the update is mainly a fix for some security issues and bugs in iOS.

Now we have a battery life test of iOS 14.5.1 and we get to find out if there are any improvements in battery life.

The tests are run on a number of devices including the iPhone SE, iPhone 6S, iPhone 7, iPhone 8, iPhone XR, iPhone 11 and the 2020 iPhone SE, lets find out if there are any improvements.

As we can see from the video there were no major improvements in battery life in this new version of Apple’s iOS over the previous versions.

Some devices saw slightly better performance and other slightly lower performance, so overall no major improvements in this new software update.