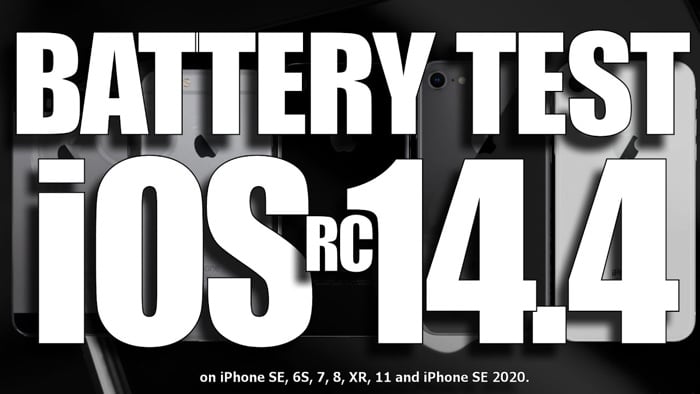 Apple recently released iOS 14.4 Release Candidate, this is the final beat of iOS 14.4 and should be the version that we all get shortly.

We have already seen a speed test of the OS and now we have a battery life test on a range of iPhones which include the iPhone SE, iPhone 6S, iPhone 7, iPhone 8, iPhone XR, iPhone 11 and the 2020 iPhone SE.

Apple are expected to release iOS 14.4 to everyone later today, as soon as we get some details on what time the update will land, we will let you guys know.