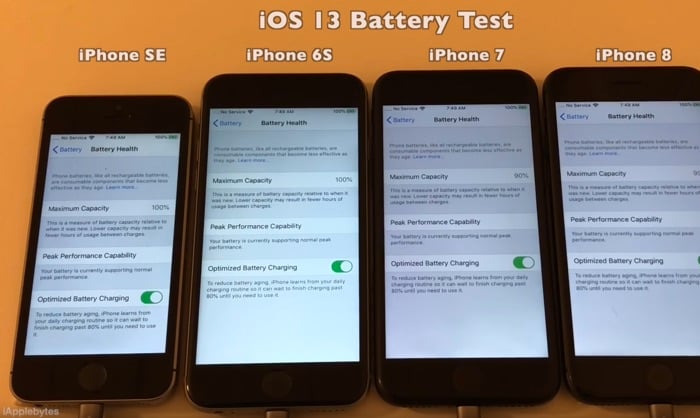 Apple’s new iOS 13 software is coming to the iPhone this week, it will be release this Thursday the 19th of September. Last week we saw a speed test video of the new iOS 13 GM, this is the final version of iOS that is coming this week.

Now we have another video an iOS 13 battery life test which put the new OS up against the current release of iOS, which is 12.4.1. The tests are run on the iPhone SE, iPhone 6S, iPhone 7 and iPhone 8, lets see if there are any improvements.

As we can see from the video on the iPhone SE there was a slight improvement of around three minutes with the new iOS 13 software.