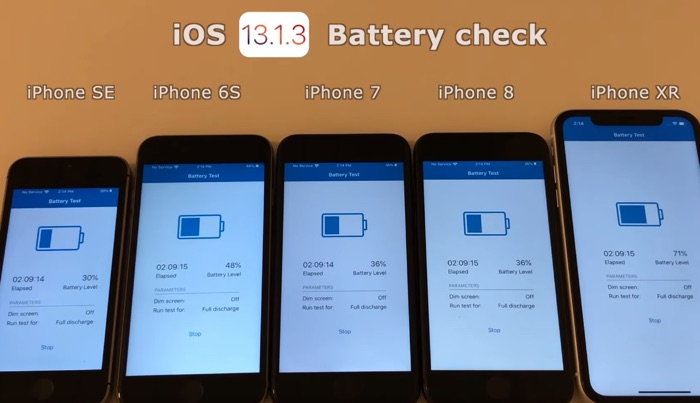 Apple recently released their new iOS 13.1.3 software update, the update had a number of bug fixes and performance improvements in it.

Now we have a battery life test video for the iOS 13.1.3 software to see if there are any battery life improvements over iOS 13.1.2. The tests are run on tyhe iPhone SE, iPhone 6S, iPhone 7, iPhone 8 and iPhone XR.

So there are no major battery life improvements in the latest version of Apple’s iOS software, we wonder if this will change when the new iOS 13.2 which is currently in beta is released. We are expecting the iOS 13.2 software to launch some time next month.