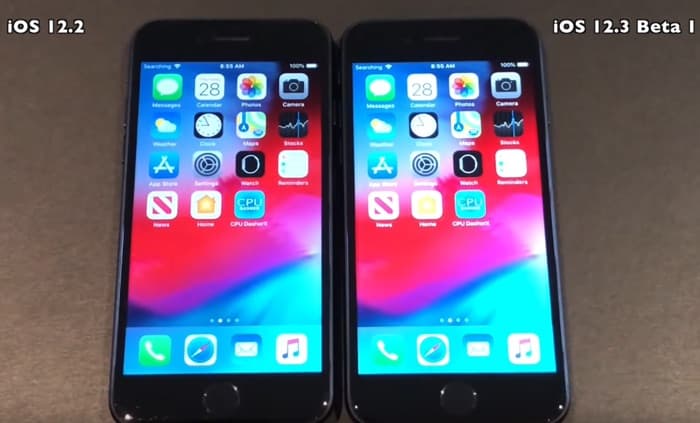 As we can see from the videso there are no major speed improvements in boot up times in the new iOS 12.3 beta 1 over the current iOS 12.2 release.

The new iOS 12.3 will bring a range of new features to the iPhone and iPad, this will include the new Apple TV app that will bring the Apple TV+ streaming and the Apple Channels subscription services to the devices.