Desperate times always call for extra mind muscle. In the frigid desperation of a particularly vicious snow storm’s aftermath across the Eastern United States, one man stood tall and decided enough is enough. Enter his creation, the SnowBow. 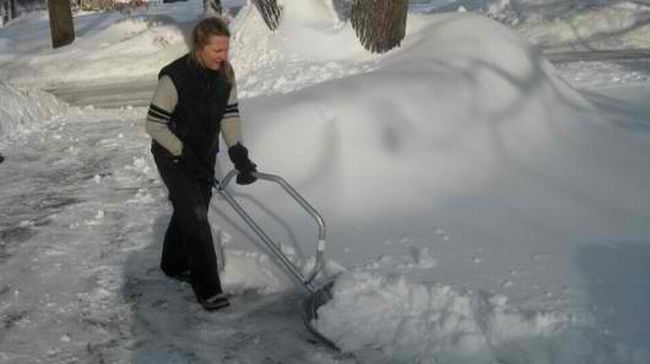 Actually, three years prior to this month’s dreadful snow storm, industrial designer John Mosher has been perfecting the SnowBow in his Massachusetts basement. The SnowBow is a reinvention of the average snow shovel/handheld snow plow thanks to the additional grip lent by the bow. Where most shovels require much bending and exertion, the using SnowBow is a lot less taxing on the muscles while allowing the shoveller to do more work.

Considering how much snow has buried driveways and lawns in the Eastern U.S., that’s a lot of work indeed. Maybe that young man trying to blow up snow banks was on to something after all.

John Mosher is selling his homemade SnowBows for $39.99 each.