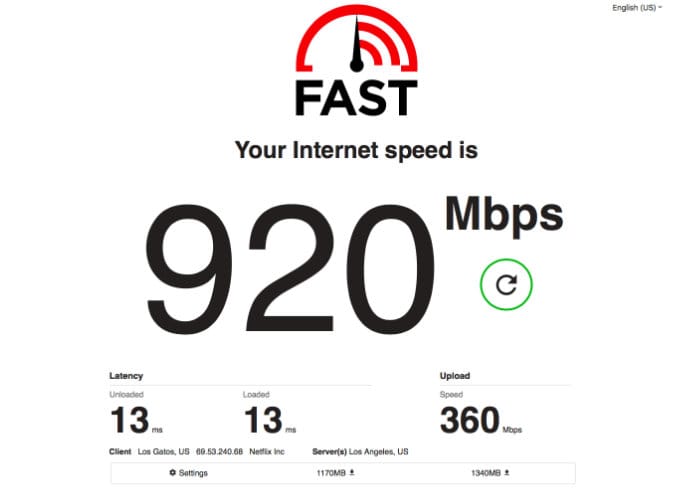 Fast.com the awesome advert free Internet connection speed measurement site launched by Netflix back in 2016. Has this week received an update which now allows users to see additional information about their Internet connection providing details on latency and upload speeds. To test your connection jump over to the fast.com website and allow the measurement to run until a new button appears asking to “Show more info”.

Since its launch fast.com has become my go to speed checker as the service offers a fast, clean and minimalist advert free experience that provides a quick measure of the Internet connection you are currently using. Whether you are on a PC, smartphone, tablet or laptop. Netflix also has smartphone applications of the speed available on both Android and iOS platforms.

“We’ve heard from some FAST.com users that they crave more information about their internet connection. That’s why today, we’re adding the ability to measure connection latency and upload speed. Upload speed measures the speed of the connection for uploading data from a user’s device to the internet. Latency – which refers to the time it takes for data to travel from a user’s device to the server and back – will be measured on both unloaded and loaded connections. Unloaded latency measures the round-trip time of a request when there is no other traffic present on a user’s network, while loaded latency measures the round-trip time when data-heavy applications are being used on the network.”

For more information on the new date added to the fast.com Internet speed checking service jump over to the official Netflix Media Centre by following the link below. Just wish I had a connection speed of 920 🙁