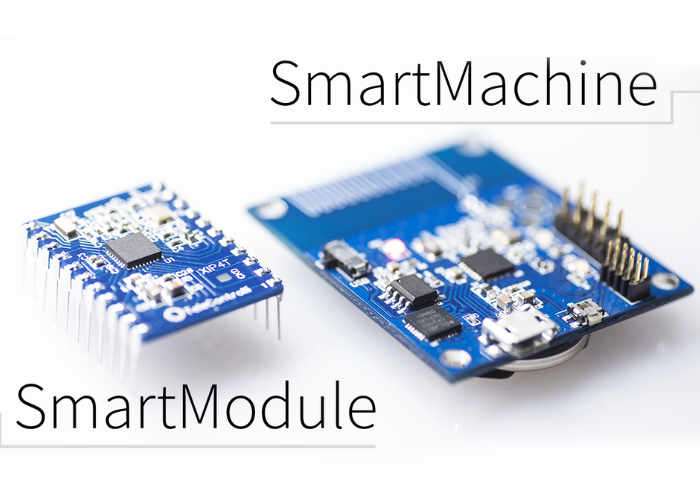 Developers and those interested in building Internet of Things applications and devices may be interested in a new range of development boards which has been created in the form of the SmartMachine and the SmartModule.

The SmartMachine and the SmartModule are flexible and reliable sub1Ghz-devices, IPv6 natively with a powerful Cortex M3 onboard. And have this week taken to Kickstarter to raise the funds they require to go into production.

Watch the video below to learn more about the new hardware and its Internet of Things pictures this such as :

The SmartMachine simplifies the creation of local network applications accessible by Internet, thus manageable from smartphones, and allows the data storage in the cloud.

The SmartMachine is addressed to Open Source World and to the Developers community: it meets the requirements of Contiki OS thanks to its own powerful ARM Cortex M3 Microcontroller, it enables the natively development of firmware with 6LoWPAN protocol to create star or mesh networks.

The SmartMachine with Thingsquare turns traditional objects  into devices and applications for the loT, so designers can focus mainly on the characteristics of their project (marketing, deployment,…)

For more information on the new SmartMachine and the SmartModule hardware jump over to the Kickstarter website for details by following the link below.