Microsoft [MSFT] has announced details of the latest version of its web browser Internet Explorer 9. Internet Explorer 9 will ass in support for HTML 5, which will add a host of new features including h.264 video playback, CSS3 support and SVG graphics, as well as a new Javascript engine and 2D graphics acceleration.

One thing it won’t offer is support for Windows XP, as Microsoft has officially announced that IE9 will not support XP, I guess the want users to upgrade to Windows 7. 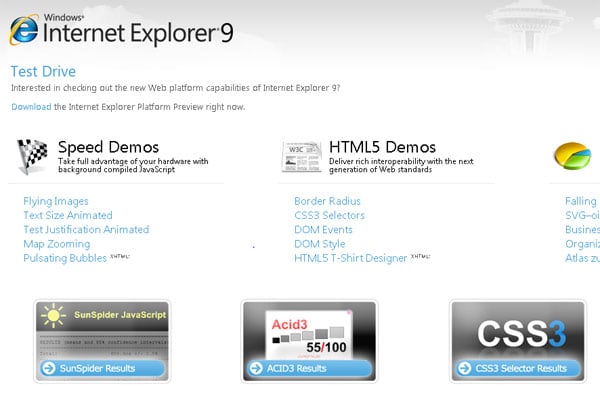 I am not a fan of Internet explorer, but if Microsoft are able to make similar changes to their browser as they have to their OS with the new Windows 7, and their mobile phone OS Windows Phone 7, it may end up being a popular browser.

It will be interesting to see if it is any good when it is released, if you want to you can download an early test build of IE9 from Microsoft.