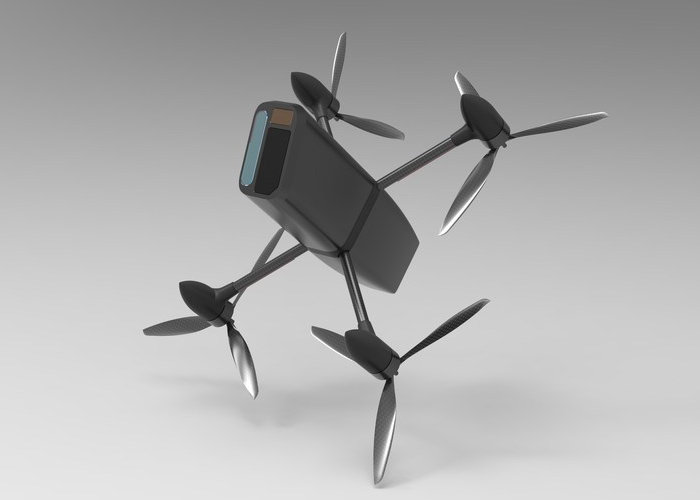 After helping to launch the latest virtual reality headsets thanks to the launched via Kickstarter campaign for the Oculus headset which was snapped up by Facebook, co-founder Palmer Luckey is now creating drones to ram other drones out of the air. Luckey’s new company Anduril Industries is working with the government and military to develop a new Interceptor drone of “counter drones” capable of disabling possible drone threats by ramming them in midair.

Anduril is a defense technology company that builds creative cost-effective products to aid those serving on the front lines of national security. Bloomberg has reported that Anduril started shipping “dozens” of Interceptors to the US and UK earlier in 2019 with orders for hundreds of further units in the pipeline, bringing Interceptors to conflict areas.

“Unmanned aerial systems have long been notoriously difficult to defend against: they are widely available, inexpensive, and dangerous in the wrong hands,” said Brian Schimpf, Anduril CEO. “Our counter-UAS solution applies automated target acquisition to give human operators the capability to quickly and effectively neutralize these growing aerial threats.”

“In response to this imminent security need, Anduril Industries has rapidly developed and deployed functional Interceptor prototypes, and we are continuing to improve the system with feedback from multiple end users. Our product-driven approach allows us to deliver the solutions that our agencies and warfighters need, quickly and cost effectively.”