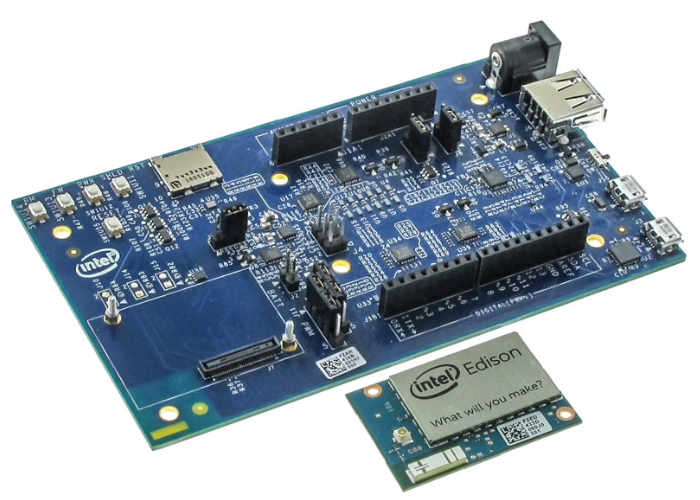 This week Intel has confirmed that a number of development boards have come to the end of their production and have announced that their Galileo, Joule, and Edison lines will be discontinued. For now the boards will still be available to purchase at the last batch will have shipped by the end of 2017.

To recap the Intel Edison is a computer-on-module offered by Intel as a development system for wearable devices and Internet of Things devices. The Intel Edison development board was initially announced to be the same size and shape as an SD card and is fitted with a dual-core Intel Quark x86 CPU at 400 MHz communicating via Bluetooth and Wi-Fi.

The Hackaday website explains more about the end off line process:

It’s important to remember that this does not mark the end of the semiconductor giant’s forray into the world of IoT development boards, there is no announcement of the demise of their Curie chip, as found in the Arduino 101. But it does mark an ignominious end to their efforts over the past few years in bringing the full power of their x86 platforms to this particular market, the Curie is an extremely limited device in comparison to those being discontinued.

Will the departure of these products affect our community, other than those who have already invested in them? It’s true to say that they haven’t made the impression Intel might have hoped, over the years only a sprinkling of projects featuring them have come our way compared to the flood featuring an Arduino or a Raspberry Pi. They do seem to have found a niche though where there is a necessity for raw computing power rather than a simple microcontroller, so perhaps some of the legion of similarly powerful ARM boards will plug that gap.