At NAB 2014 this week Intel has been demonstrating its latest version of its Thunderbolt 2 technology, with a bandwidth increase up to 20Gbps from the previous version. 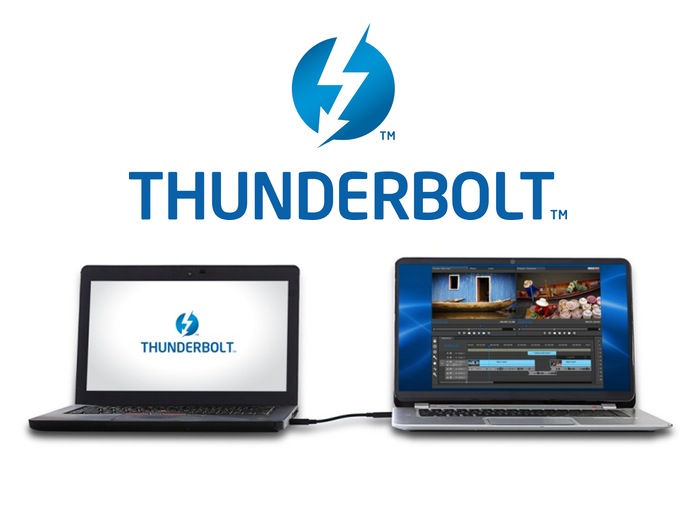 Thunderbolt Networking, allows the systems connected by the Thunderbolt cable to emulate an Ethernet connection environment, providing 10GbE throughput between the two computers, allowing content creators and media professionals that work with 4K video a new way to network systems together with quick transfer of files and workflows. Intel explains :

Other Thunderbolt 2 storage devices and peripherals that are being showcased at the 2014 NAB show include offerings from AkiTio, ATTO, Cubix, G-Technology (HGST), HighPoint, Magma, mLogic, Maxx Digital, OWC, Sonnet, and others. As well as LaCie who has also unveiled their new range of 6TB HDD storage solutions.

For more information on the new Thunderbolt Networking jump over to the Intel press release website for details.