App Store has many applications that allow users to read articles offline, but Instapaper is one of the most popular one. The application gives users the ability to save articles for later reading, any time, anywhere, on any device. However, the application came with a hefty $3.99 price tag that restricted many users to enjoy the application on their iOS devices. However, things are about to change as Instapaper announced that application will be available free of cost from December 12th until December 19th as Apple’s App of the Week. 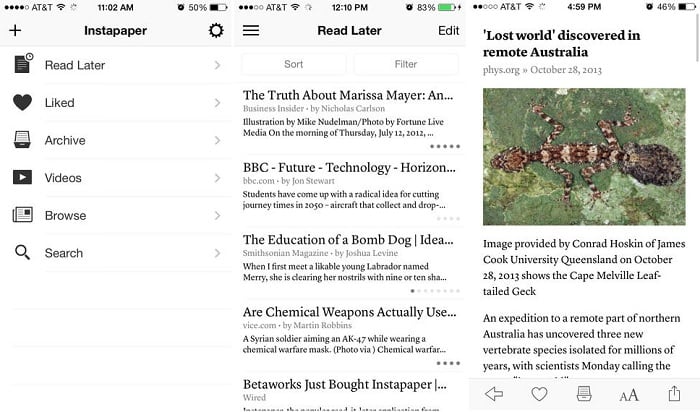 From December 12th through the 19th, Instapaper for iOS will be free to download as part of Apple’s App of The Week program. We’re really excited to work with Apple to make Instapaper free for a limited time, making the app available to a wider audience of iOS users.

This year, the developers behind Instapaper released several new features and improvements to the application, including a new design for its website, iPhone and iPad application, powerful sorting and filtering features, added video support that makes it better than its competitors, improved dark and sepia modes, and a Chrome extension

You can download Instapaper for iOS from the App Store for free.