Anyone you enjoys taking and viewing their Instagram photos, is sure to enjoy this new project that has started over on the Kickstarter website called Instacube.

Instacube is a new style of digital picture frame that allows you to view your Instagram photos in style, and has been designed by John Whaley D2M’s Head of Industrial Design. 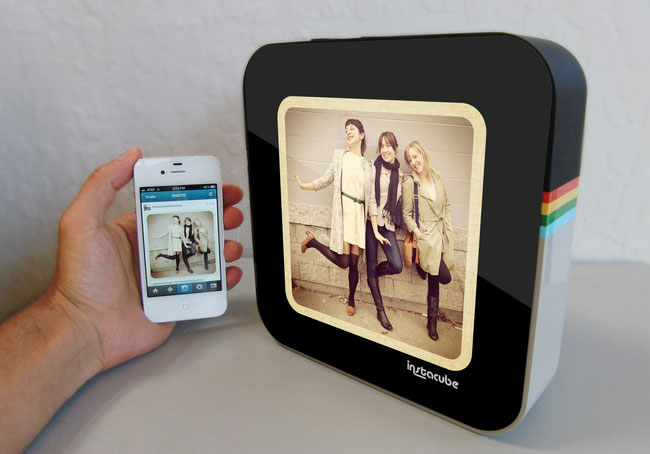 Instacube is fitted with a square 600×600 resolution touch screen display, powers by Android and connects to your smartphone via your network wirelessly. The creators of Instacube explain a little more about the inspiration behind their new Kickstarter project. Watch the video below to learn more about the Instacube project and see it in action.

“a living canvas that pushes beautiful images to a stand-alone device as they happen — all on a big, beautiful display. No need to launch an app on your smartphone and squint at tiny images. Instacube makes enjoying your Instagrams more enjoyable than ever before. You are now free to effortlessly enjoy, display and show-off beautiful Instagrams in your home or office, all day long. “

So if you think Instacube is something you could benefit from, visit the Kickstarter website now to make a pledge and help Instacube become a reality.