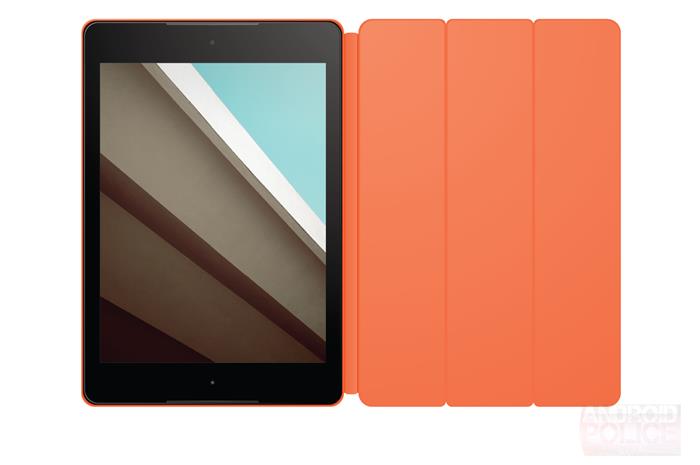 Earlier today, we saw some leaked information about the alleged Nexus 9, suggesting that it will come with a range of accessories, and will hit retail several markets across the globe.

Now, the folks at Android Police revealed more information about the upcoming Nexus 9 keyboard folio case, which will be a Bluetooth-enabled accessory for the alleged tablet.

As per the report, the keyboard folio case will come with Bluetooth 4.0 LE support so that it can work with the tablet. In addition, it will feature a 450mAh battery. The battery won’t be for the tablet, but to charge the keyboard itself. The charging port will be in the hinge, while the indicator light will be on the opposite side of the hinge.

The case measures 228 x 320 x 5 mm, making it extremely thin and light weight. As for the placement, the tablet will rest on the case as shown above, and will come with magnets too. The magnets will also lock/wake up the screen when the cover is closed or opened.

HTC Nexus 9 is expected to come with an 8.9-inch display sporting a resolution of 2560 x 1600 pixels, a Tegra K1 processor, 3GB of RAM, 16/32GB storage on board, 8MP camera with OIS, and should come with Android 5.0 L as its operating system. The tablet is expected to launch before October 9th.