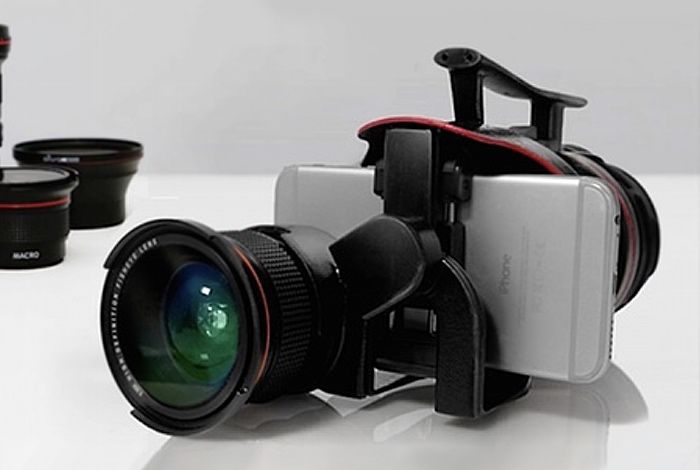 Smartphone owners that fin their integrated smartphone cameras a little lacking and not quite up to the professional standard of their DSLR. May be interested in a new smartphone camera system called IndieVice.

IndieVice has been created by Jesse Roberts to transform your smartphone into a professional camera, enabling you to add a wealth of different peripherals, lenses and lighting depending on your video recording or photographic requirements. 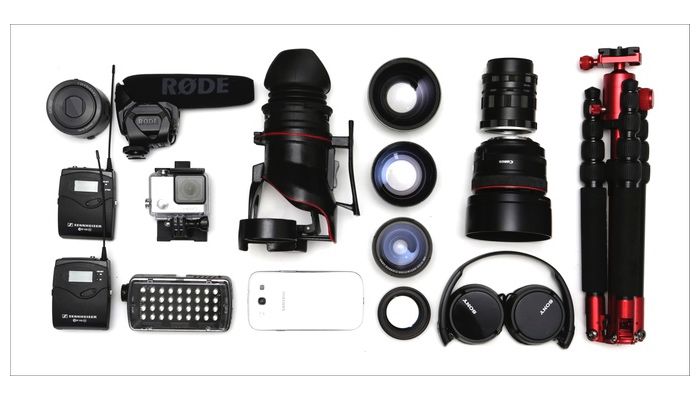 Watch the video below to learn more about the IndieVice system that has taken to Kickstarter to raise the required $50,000 to help take the system into production. Roberts explains a little more about the inspiration and design behind IndieVice :

A little over 2 years ago we embarked on a journey to create a unique device that would allow us to capture amazing quality videos and photographs with our smartphones, almost under any circumstances.

A smartphone or GoPro is a great way for taking video and pictures, but it has its limitations. Glare on the screen, poor audio, limited performance in low light situations, just a few lens options, poor stability and the constant need to use both hands makes it tough to get professional shots.

So, we set out to create a single device that would replace all of our old gear and maximize the potential of the smartphone. We believe we’ve exceeded our expectations. Introducing the IndieVice, a completely revolutionary approach to shooting professional videos and photographs with your smartphone or GoPro.

For more information on the new IndieVice smartphone camera system jump over to the Kickstarter website for details and to make a pledge from $125.