iFixit has been busy once again and have wasted no time with their screwdriver set and have this week published a teardown of the Apple iMac 27 inch system. The new next generation 27″ iMac which was announced this morning has been opened by the iFixit team for a quick tour of the highlights inside the system. 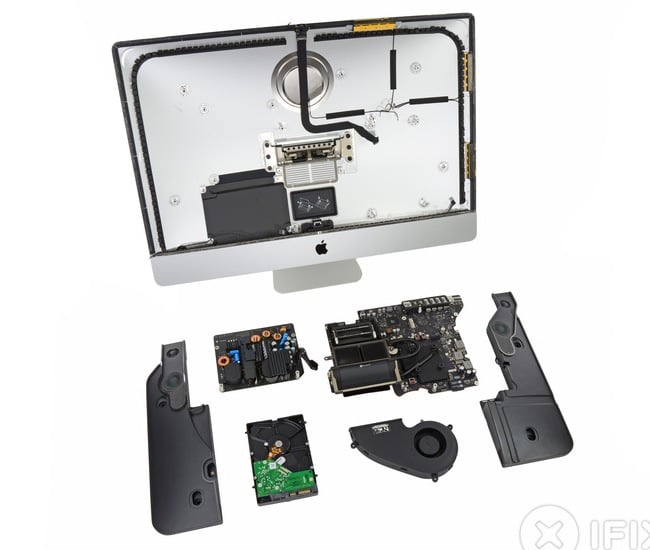 The iFixit team have given the Apple iMac 27 inch system a repairability score of 5 out of 10 (10 is easiest to repair) and have also taken apart the smaller Apple 21.5 inch iMac system.

“Apple sent out a little press release this morning and announced a minor spec bump to its now-ancient 2012 iMacs. Not resting on our iPhone 5s/c teardown laurels — nor on anyone else’s laurels, for that matter — we harassed the folks at the Apple Store until they sold us a couple of units. So what did we find?”

On the down side fro repairability the  glass and LCD are fused together, and there are no more magnets holding the glass in place. You will also have to peel off the old double-sided sticky tape and apply new tape  to reseal the iMac system. 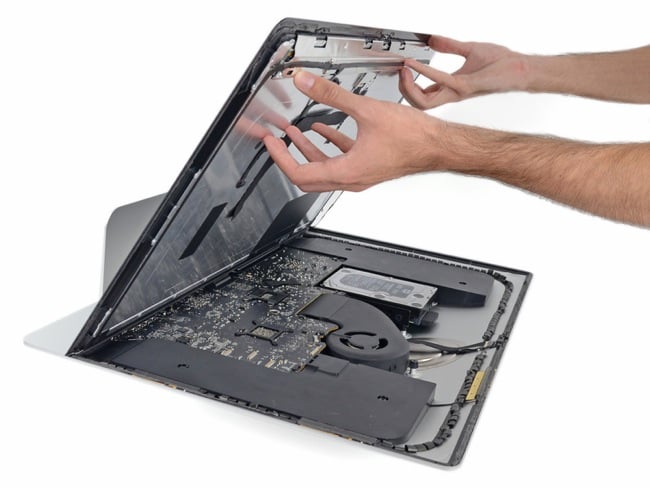