During CES 2013 last week IK Multimedia unveiled a new range of devices it had launched with Android support included allowing Android device owners to enjoy devices from the IK Multimedia including the  IK Multimedia iRig and iKlip.

This week IK Multimedia have announced the release of their iRig HD iOS Adapter which is now equipped with a Apple Lightning port connection, allowing owners of the latest Apple devices to enjoy it. 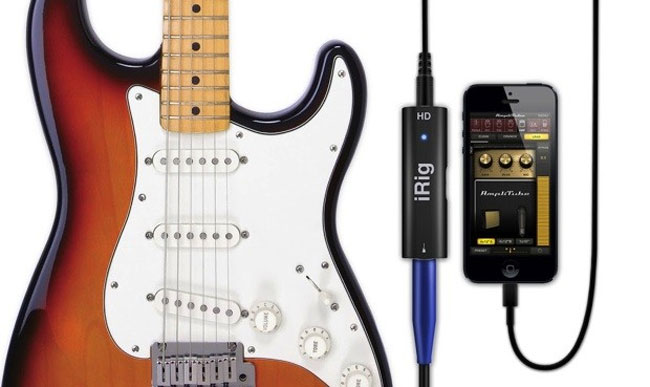 The iRig HD adapter has been designed to improve on the characteristics and features that have made iRig the standard for connecting your guitar or bass to the iPhone, iPod touch or iPad, and includes easy plug-and-play convenience, ultra-portability and universal compatibility with  superior digital sound.

“iRig HD features superior digital audio quality, and offers a premium 24-bit A/D converter for a crystal clear digital signal that’s free from noise and crosstalk. Plus, its ultra-low-draw power-consumption circuitry eliminates the need for batteries – it’s powered by your mobile device or computer. An onboard gain control allows you to dial in the perfect signal level for your instrument and apps, and a multicolor LED lets you know what’s going on with your interface and signal.”

For more information on the new iRig HD iOS Adapter jump over to the IK Multimedia website for details.