Ever since Apple announced the iPad, a number of manufacturers have released details of their new tablets, the latest one is iiView with the launch of their new Vpad tablet.

The iiView Vpad tablet features a 10.2 inch touchscreen display with a resolution of 1024 x 600 pixels, it features an Intel Atom 1.6GHz processor, the choice of either 1GB or 2GB of RAM, and an Intel 945 chipset. 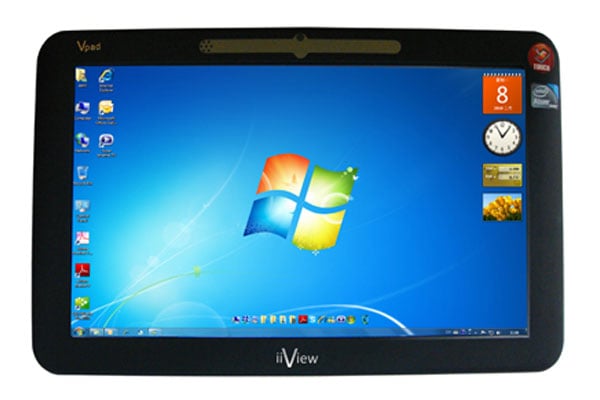 Other specifications on the iiView Vpad include either a 160GB hard drive or a 320GB hard drive, there are also three USB 2.0 ports, a VGA port, and a two in one headphone and microphone jack. On top of that there is built in 802.11n WiFi and 10/100 Ethernet and optional 3G