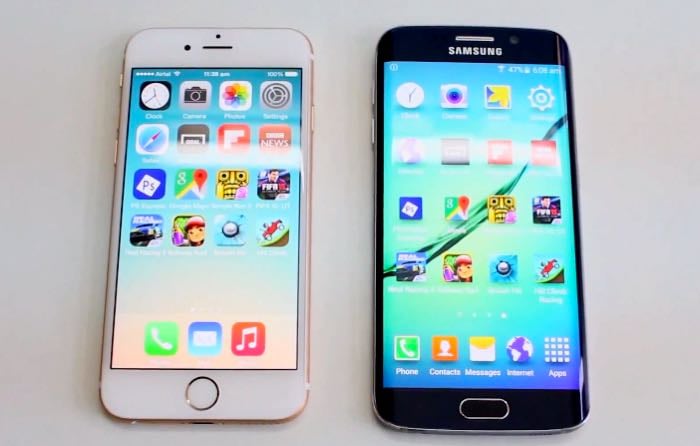 The iPhone 6 is Apple’s flagship smartphone and the Samsung Galaxy S6 is Samsung’s flagship device, although Samsung’s handset comes with higher specifications on paper.

We have a new video from AndroidGameE which shows the iPhone 6 vs Samsung Galaxy S6 in a speed test and we get to see the two handsets side by side.

As we can see from the video, of the iPhone 6 vs Samsung Galaxy S6 there is very little in it between the two devices, you would expect the Samsung Galaxy S6 Edge to be quite a bit faster considering it has more RAM and a faster processor.

Both handsets come with impressive specifications and great designs, choosing between the two based on speed alone would be pretty difficult considering the two devices are so close in the video.