We certainly like our gadget teardowns around here. One thing you can count on shortly after a new smartphone or other cool gadget is launched is that someone will shortly after that launch tear their device up so we can see what it’s like on the inside.

Such is the case with the sexy Droid 2 Android smartphone that launched recently. I bet there are still folks who want one that haven’t got it yet, but iFixit has already taken the smartphone and ripped it to shreds. The smartphone has lots of parts. 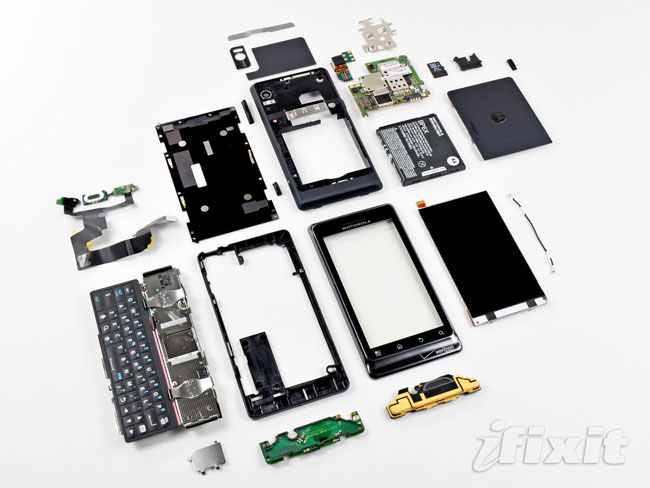 This will be a great help to those looking to fix the smartphone themselves or just see what it looks like on the inside. If you are brave and want to take yours apart, you need plastic opening tools, a T3 Torx driver, and a T5 Torx driver. Have a look and our article on Android vs iPhone to see which smartphone and mobile platform is best for you.