Apple’s [AAPL] iPad isn’t available until March but we have already seen a number of accessories being released, and now we have a gaming controller for the Apple iPad, although it is just in the concept stage at the moment, the iDrift iPad Game Controller. 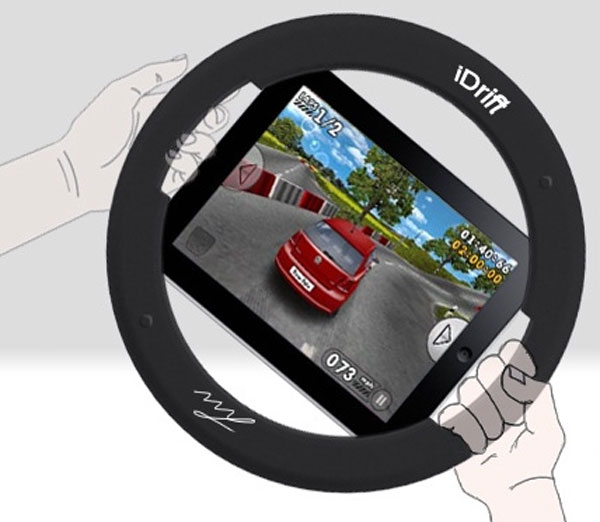 The iDrift iPad Game Controller is designed to be used with racing and driving games on the Apple iPad, it looks quite similar to some of the steering wheel accessories available for the iPhone.

Although the iDrift iPad Game Controller which was designed by Michael Greenberg is just a concept at the moment, I am sure it wont be long before we see similar looking gaming accessories available for the iPad.