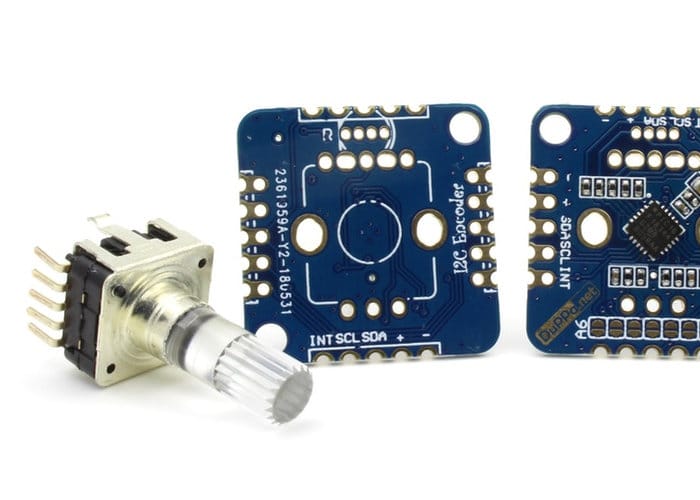 Anyone searching for a way to connect multiple rotary encoders on the I2C bus, may be interested in a new piece of hardware created by Simone based in Turin, Italy. The aptly named I2C Encoder V2 takes the form of a tiny smart board specifically designed for connecting multiple rotary encoders and is priced at just €6 or £5 and is now available to back via Kickstarter.

“Do you remember when you lose at least 6 GPIOs when you tried to add more than 2 rotary encoders. Plus you are out of interrupt pins and you continuously polling the GPIO? With this little board, you can control as many encoder as you need even with a tiny microcontroller. Your code will be more simple and faster. “

– Standard mechanical encoder
– Illuminated RGB encoder
– Clickable rotary encoder
– With and without dent
– There are also 3 configurable GPIOs that are organised with the same footprint of RGB LED. You can use them as PWM, I/O or ADC.
– Last but not least, it has also 256bytes of EEPROM.

For more details and a full list of all available pledges jump over to the official Kickstarter campaign page by following the link below.