After a legal battle with Apple, restricting HyperMac from using the patented Apple MagSafe connectors on its products. HyperMac has become even more inventive and has created new ways to use and charge their line of portable power packs for Mac laptops.

Earlier this month they released a method using Apple’s Magsafe Airline Adapter to be able to charge your devices using their battery packs and today HyperMac have released another gadget to help. The HyperJuice Magic Box a device that allows you to safely modify and chop-up the cable off your own MagSafe power adapter and use it with HyperMac’s batteries. 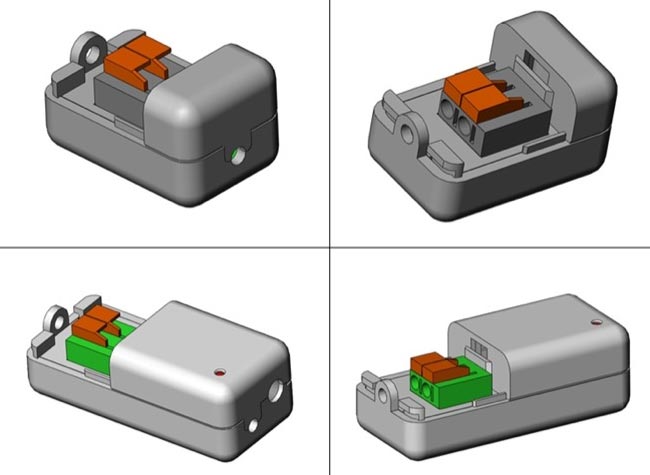 The HyperJuice Magic Box comes in two parts and HyperMac say you can complete the modification in 2 minutes. 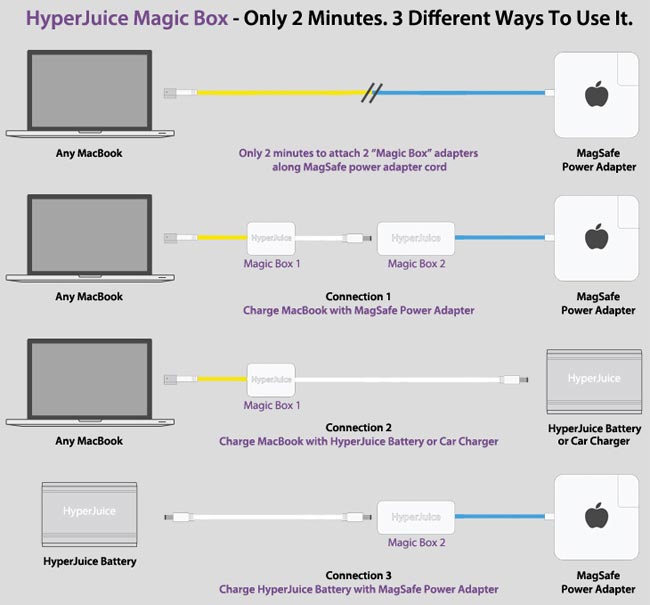 The HyperJuice Magic Box is now available to purchase from HyperMac for $50.