We have featured quite a few different gaming mods here at Geeky Gadgets, and have seen some SNES consoles turned into portable gaming consoles, but now it looks like one company will be releasing a handheld SNES console, called the SupaBoy.

The SupaBoy is being made my game accessory company Hyperkin, and the console is scheduled to go on sale in the US this summer, and it will be compatible with SNES cartridges. 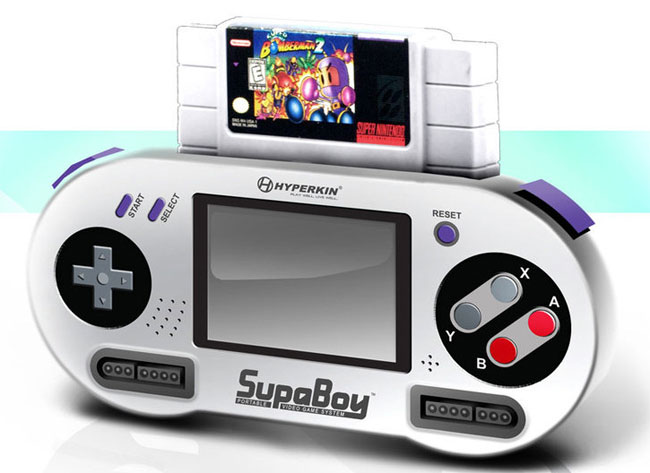 According to the guys over at CVG, the console is still in the prototype stages, but when released it will features a 3.5 inch LCD display and a built in rechargeable battery.

It will also come with A/V Stereo out, which means you can hook it up to your TV for some retro gaming fun, and you can also plug in two classic SNES controllers to it.

There are no details on pricing or availability as yet, as soon as we get some more information we will let you guys know.