We’d love to claim the photo below was taken in outer space, but that isn’t true. Seen below is the hydrothermal worm, a rather obscure microorganism that lurks in thermal vents deep (really deep) in the ocean. It’s a recent discovery and its scientific name is still unknown. 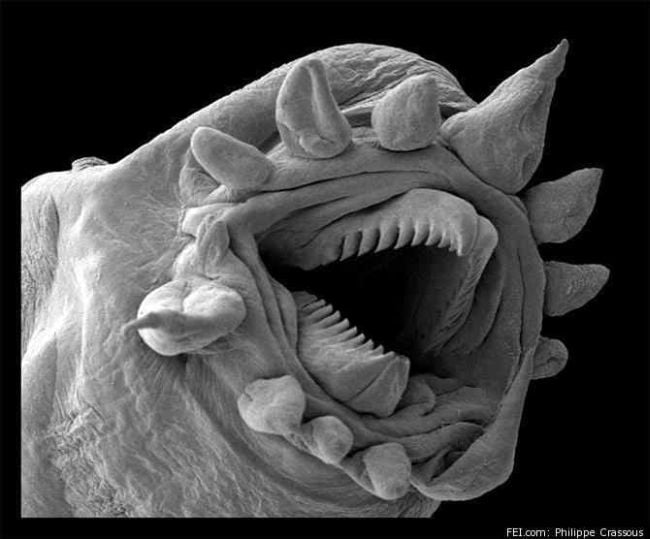 The hydrothermal worm is so small it’s no use giving its exact measurement. Just think of it as roughly the size of your friendly neighborhood bacteria. No doubt its not the only miniscule creature lurking beyond the naked eye and beyond the human imagination. There must be trillions of undiscovered species out there. Lurking. Waiting. Feeding.

Just to give credit where credit is due, the epic photograph up north was taken by Philippe Crassous using an electron microscope. The FEI Quanta Sem zoomed unto the organism more than 500 times to capture a portrait of its ferocious mug. Staring intently at it, the hydrothermal worm’s visage reminds us of sandworms from Dune.

There’s a riveting gallery via the source link below so don’t miss it.