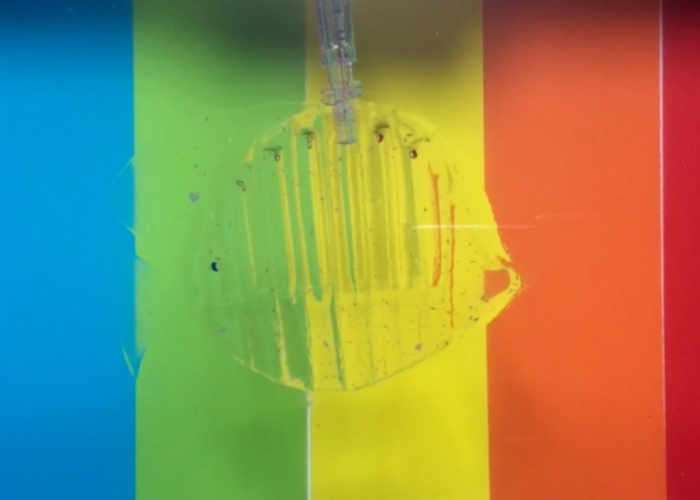 A new transparent range of robots has been created called the Hydrogels, which take the form of gel based robots that can evade underwater detection and can easily catch and release live fish, as well as maybe one day assist in surgical operations.

Developed by a team of engineers at MIT the new Hydrogels gel robots move when water is pumped in and out of them and are capable of performing a number of fast and forceful tasks, including kicking a ball underwater, as well as capturing live fish.

Watch the video below to learn more about the Hydrogel robots :

The robots are made entirely of hydrogel — a tough, rubbery, nearly transparent material that’s composed mostly of water. Each robot is an assemblage of hollow, precisely designed hydrogel structures, connected to rubbery tubes. When the researchers pump water into the hydrogel robots, the structures quickly inflate in orientations that enable the bots to curl up or stretch out.

The team fashioned several hydrogel robots, including a finlike structure that flaps back and forth, an articulated appendage that makes kicking motions, and a soft, hand-shaped robot that can squeeze and relax. Because the robots are both powered by and made almost entirely of water, they have similar visual and acoustic properties to water. The researchers propose that these robots, if designed for underwater applications, may be virtually invisible.

Jump over to the MIT website for more details via the link below.