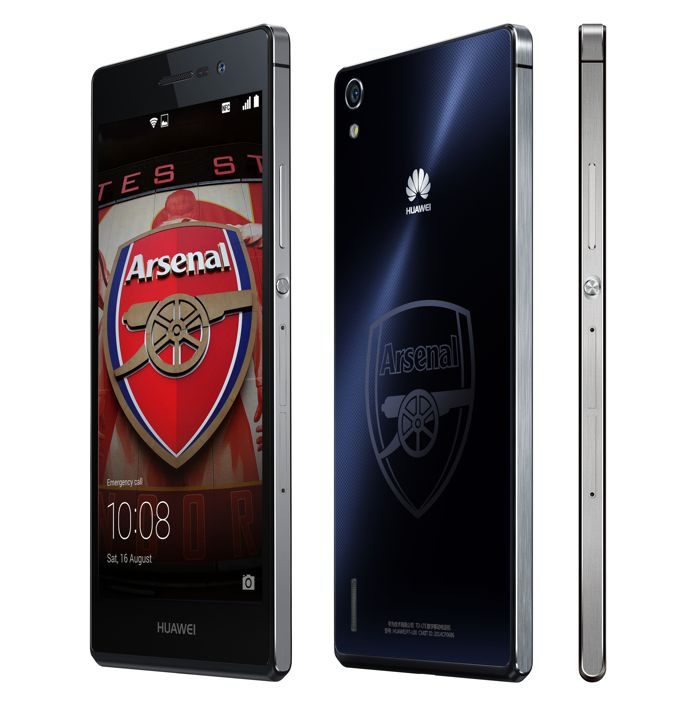 Huawei has announced a new special edition of their flagship smartphone, the Huawei Ascend P7 Arsenal Edition, and the company has teamed up with Arsenal for his new smartphone.

The Huawei Ascend P7 Arsenal Edition comes with the same specifications as the existing handset, although it now features some new colors and Arsenal branding, plus wallpapers, and more.

Huawei Ascend P7 stands out from the crowd with a sleek, black metallic finish using stunning Corning® Gorilla® Glass 3 for added protection. The exclusive Smartphone features Arsenal’s iconic club crest, subtly mounted on the rear cover under the tough Gorilla Glass 3. For the added Arsenal experience, Huawei has specially designed many themes to fit any mood including bespoke Arsenal menus. The Arsenal Edition P7 also includes dozens of iconic Arsenal wallpapers with images from iconic Highbury buildings, scenes of the Emirates by day and night, and celebrations of the 2014 FA Cup win. Finishing touches include a working clock based on the famous Arsenal Clock End.

The Huawei Ascend P7 comes with a 5 inch full high definition display with a resolution of 1920 x 1080 pixels, the device features a Kirin 910T 1.8GHz Quad-Core processor and a Mali 450 GPU and 2GB of RAM.

It also comes with 16GB of built in storage, and a microSD card slot that can take up to 64GB cards, the handset comes bundled with a 32GB microSD card.