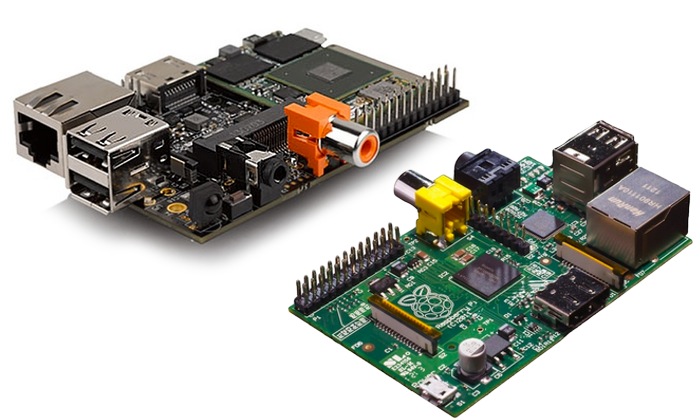 Last week SolidRun launched their new HummingBoard mini PC developer board and have now released a new video comparing the HummingBoard vs Raspberry Pi, allowing you to see the differences between the two side-by-side.

The HummingBoard is a more powerful development board than the Raspberry Pi and is available in three versions priced from $45 rising to $100.

The $45 priced HummingBoard mini PC is powered by a Freescale i.MX6 Solo ARM Cortex-A9 processor, with Vivante GC880 graphics and supported by 512MB of RAM.

While at the top of the range the most expensive HummingBoard priced at $100 in the form of the HummingBoard-i2eX is equipped with a Gigabit Ethernet connection as well as GC2000 graphics. As well as two extra USB 2.0 ports, a microphone input, mSATA II connector, PCI Express connector, and IR port to help expand your projects even further.

While the Raspberry Pi model B is equipped with 256 MB Ram and powered by a 700 MHz processor with Broadcom VideoCore IV, 10/100 Ethernet and HDMI (v1.4), RCA / composite video outputs. Check out the video below created by its manufacturer to compare their development board with the iconic Raspberry Pi.