A massive comet is currently plummeting towards our Sun. The comet was originally discovered by pair of Russian astronomers that spotted it using the International Scientific Optical Network (ISON). This particular comet has a chance of being one of the most visible comets ever to pass through our solar system. 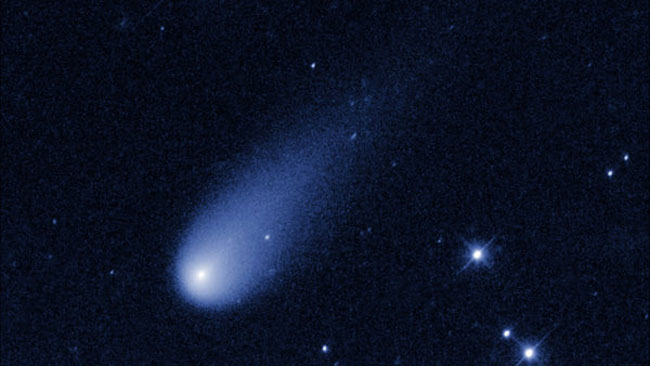 Currently the tail of the comet is hundreds of thousands of miles long. The tail is mostly small particles of dust with water vapor that light reflects off of. Astronomers used the Hubble space telescope to shoot a short video of the comet as it passed between the orbits of Mars and Jupiter approximately 403,000,000 miles from Earth, which can be seen here.