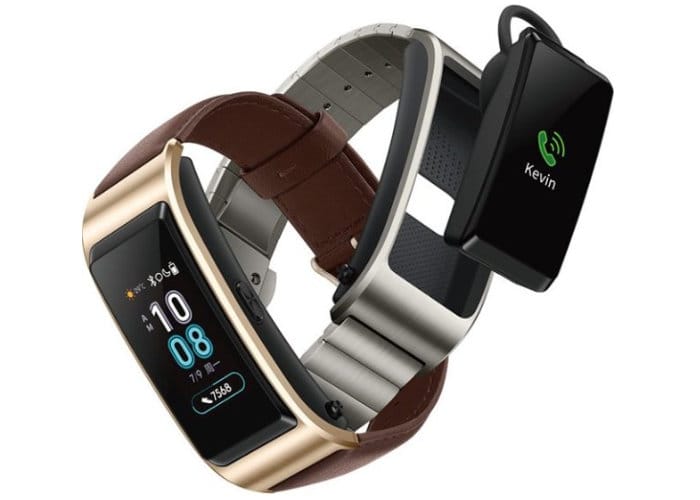 A new image of the Huawei TalkBand B5 has been leaked ahead of any official announcement by Huawei, thanks to Evan Blass has published a picture received from sources close to the action which apparently shows the next smart wearable device that Huawei will be launching, the Huawei TalkBand B5.

Unfortunately no information on specifications or features have been leaked by Evan as yet but the picture does reveal that the Huawei TalkBand B5 will offer a smartwatch style device which includes fitness tracker features and even a Bluetooth headset.

It also seems from the image that the smart wearable will be able to connect and pay with your smartphone using Bluetooth connectivity enabling you to synchronise data and accept phone calls using the integrated lieu tooth headset which is detachable from the main watch strap.

No details on pricing or worldwide availability have been revealed as yet but as soon as any more information is leaked or made available by Huawei we will keep you up to speed as always.