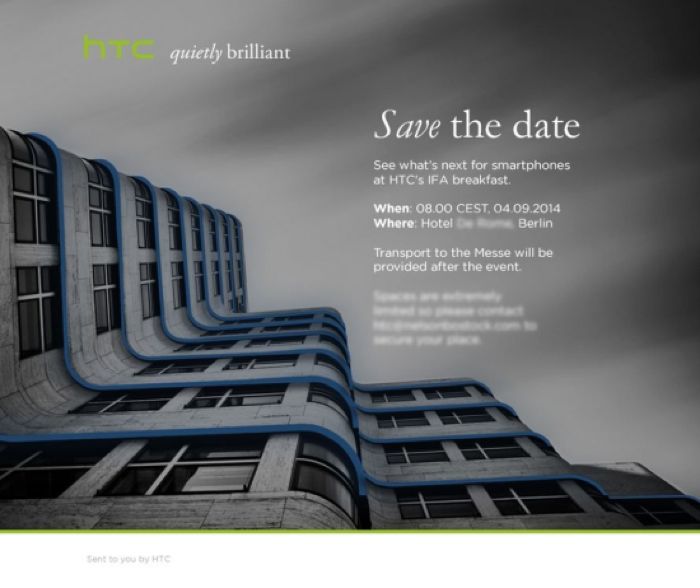 HTC has started sending out invites to its IFA 2014 press event, the event will take place on the 4th of September, and it looks like the company will be focusing on smartphones at the event.

There are a couple of rumored devices that HTC will apparently unveil at UFA next month, one of those is a new member of the HTC Desire family which is rumored to be powered by a Qualcomm Snapdragon 615 processor.

The Qualco0mm Snapdragon 615 is an eight core 64-bit mobile processor, so it looks like HTC will be launching their first 64-bit smartphone at IFA.

There have also been rumors that HTC are working on a new HTC Smartwatch, the device is expected to come with Google’s Android Wear, whether this new smartwatch will make an appearance at IFA remains to be seen.

HTC have released some interesting devices this year, the HTC One M8 has been a popular handset for the company, and we suspect the new Windows Phone version will also become popular.

As soon as we get some more  information on exactly what HTC plans to unveil at IFA this year, we will let you guys know.