HTC its Mobile World Congress press event next week on the 19th of February, the company is expected to announce their flagship Android smartphone, the HTC One or HTC M7, and now they have posted a countdown timer on their website.

HTC is rumored to be introducing some new camera technology will the launch of the HTC One or HTC M7, the handset is rumored to feature a 13 megapixel camera, which is made up of three 4.3 megapixel sensors. 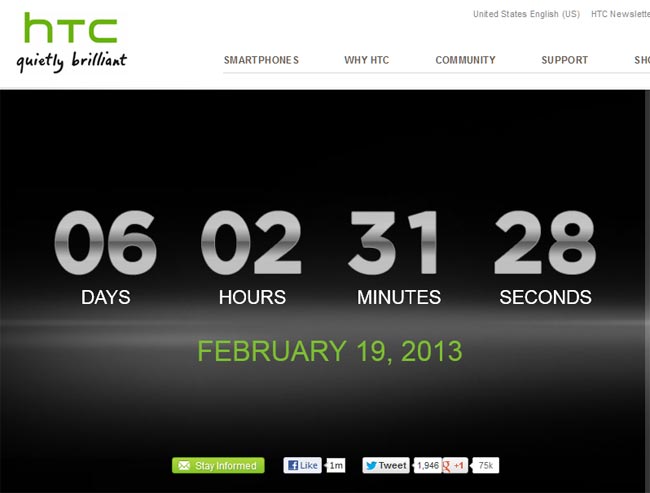 Other rumored specifications on the HTC One include a 4.7 inch full high definition display with a resolution of 1920 x 1080 pixels, there will also be 4G and NFC, the device will also come with a 2,300 mAh battery.

The HTC M7 will also come with 32GB of built in storage and a microSD card slot, We are also expecting the HTC m7 to feature a quad core Qualcomm S4 Pro processor, we should have more details on the new HTC One or HTC M7 next Tuesday.