There are no details as to which patents the deal relates to, but it must have something to do with Google’s Android OS, as the press release clearly states that it relates to ‘Microsoft’s patent portfolio for HTC’s mobile phones running the Android mobile platform’. 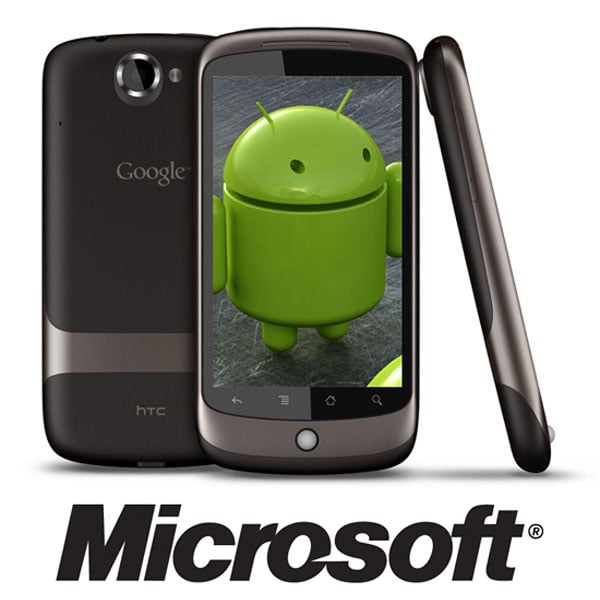 This is slightly strange to say the least, could we see other manufacturers who produce Android powered smartphones signing a deal with Microsoft, or is this something that is specific to HTC, could it have something to do with their custom Sense UI which they use on Android smartphones?

You can see the full press release below, let us know if you spot anything, as we have read it numerous times and still can’t quite figure out exactly what the agreement relates to.

REDMOND, Wash. — April 27, 2010 —  Microsoft Corp. and HTC Corp. have signed a patent agreement that provides broad coverage under Microsoft’s patent portfolio for HTC’s mobile phones running the Android mobile platform. Under the terms of the agreement, Microsoft will receive royalties from HTC.

“HTC and Microsoft have a long history of technical and commercial collaboration, and today’s agreement is an example of how industry leaders can reach commercial arrangements that address intellectual property,” said Horacio Gutierrez, corporate vice president and deputy general counsel of Intellectual Property and Licensing at Microsoft. “We are pleased to continue our collaboration with HTC.”

The licensing agreement is another example of the important role intellectual property (IP) plays in ensuring a healthy and vibrant IT ecosystem. Since Microsoft launched its IP licensing program in December 2003, the company has entered into more than 600 licensing agreements and continues to develop programs that make it possible for customers, partners and competitors to access its IP portfolio. The program was developed to open access to Microsoft’s significant research and development investments and its growing, broad patent and IP portfolio. More information about Microsoft’s licensing programs is available at http://www.microsoft.com/iplicensing.

Founded in 1975, Microsoft (Nasdaq “MSFT”) is the worldwide leader in software, services and solutions that help people and businesses realize their full potential.