We saw several images of gold color HTC One shell last week, thinking that HTC might release a gold color edition of its flagship device along with vivid blue and glamour red. The HTC One gold edition does exist, but it will not be sold officially by HTC. HTC One gold edition is custom made device and will be sold by Gold Genie, a company popular for gold-plating and customization of popular gadgets and smartphones. The handset is also available in platinum and rose gold options. 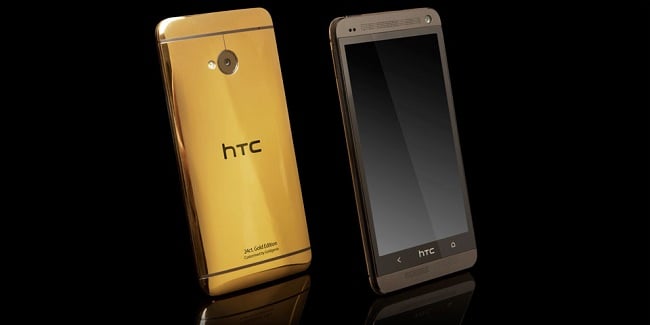 Back in June, it was reported that HTC One will be available with gold and platinum plating options. The HTC One gold is an official device plated with 24-carat gold and may not be the cheapest thing for any HTC fan. The handset is only available with 32GB capacity and is priced at a whopping £1,895 (almost $3025). The company is also offering the platinum and rose gold options that are available for £2,095 (almost $3340) and £1,995 ($3180), respectively.

The handset will come with a custom made box including USB power adaptor, beats audio earphones with remote and mic, dock connector and documentation.