It looks like Apple will not be the only one to release a gold smartphone, as some photos have been revealed of a new gold HTC One smartphone, HTC recently announced a blue version of the HTC One.

We can expect the specifications on the gold HTC one to be the same as the existing model, the handset will come with Android Jelly Bean, and it features a 4.7 inch full HD display with a resolution of 1920 x 1080 pixels and 468 pixels per inch, processing is provided by a quad core 1.7GHz Qualcomm Snapdragon 600 processor. 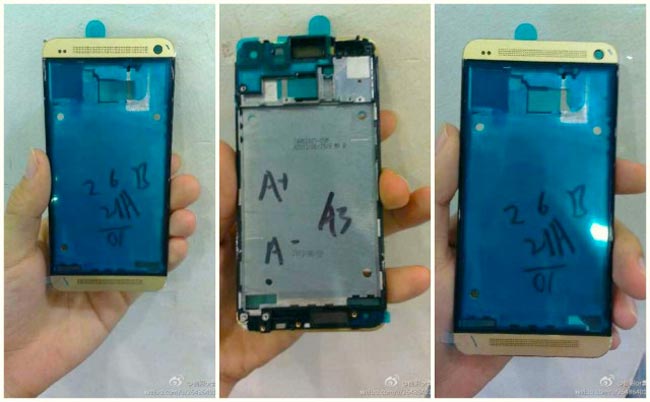