The HTC Merge was announced back in February, and we have been hearing rumors that it would be arriving on Verizon Wireless some time soon, and it looks like it may be available from Verizon later today.

The guys over at Droid Life have obtained some information, which shows a launch date of the 12th of May 2011 for the HTC Merge on Verizon Wireless. 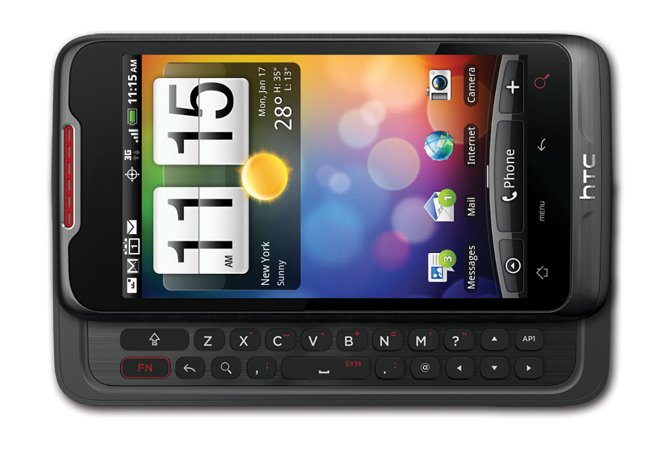 As a reminder, the HTC Merge will feature Android 2.2 Froyo, and it features a 3.8 inch touchscreen display, plus a slide out QWERTY keyboard, there is also a five megapixel camera with auto-focus and a built in Flash. 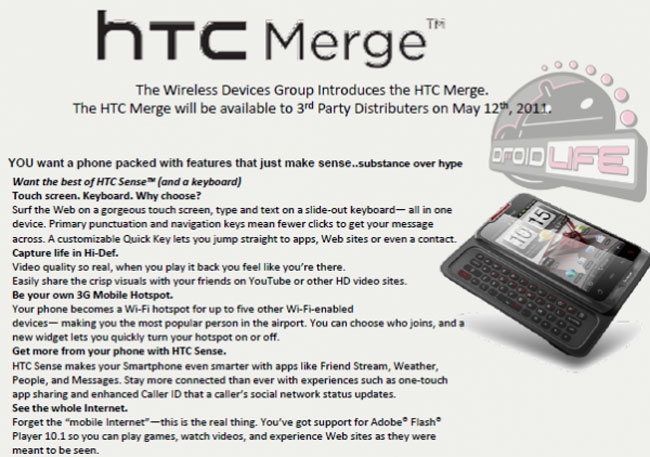 The 5 megapixel camera on the HTC Merge is capable of recording HD video in 720p, there is also GPS, WiFi, Bluetooth and 3G. The Merge is HTC’s first CDMA world phone, which means it is capable of roaming around the world on GSM networks.

As soon as we get some more information, and an officiall announcement from Verizon, including pricing we will let you guys know.