The guys over at iFixit are at it again with their screwdrivers, this time it is HTC’s latest Android Smartphone, the HTC EVO 4G which could end up being one of the most popular gadgets of 2010.

So what did they find inside HTC’s flagship handset? We know that the HTC Evo 4G features a 4.3 inch TFT display with a resolution of 480 x 800 pixels.processing comes in the form of a Qualcomm 1GHz Snapdragon processor, and it also features 1GB of built in memory and 512MB of RAM. 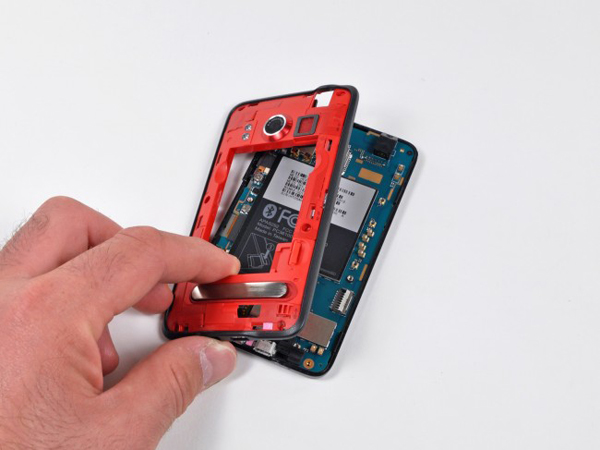 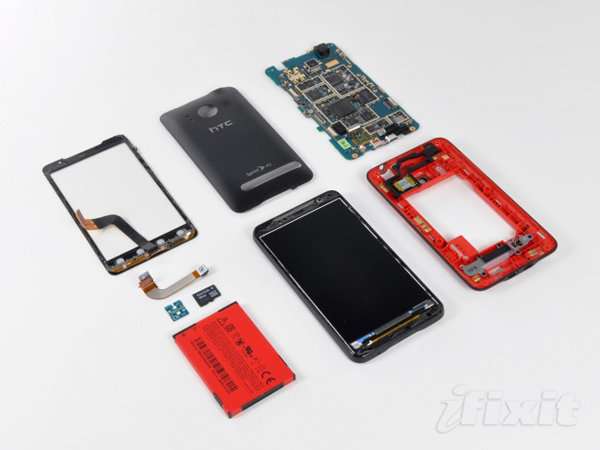 According to the guys at iFixit the HTC Evo 4G was one of the easiest smartphones to take apart, inside they found a 1500 mAh rechargeable Li-ion battery that has about 23% more capacity than the iPhone 3GS.

* Removing the glass is not terribly difficult. This is great news for those unfortunate enough to drop their shiny phone and crack the glass.

* Like most reasonable phones, changing the Evo’s battery is a snap. All you have to do is remove the back cover and unplug the battery.

* The Evo’s internal frame houses the stand, antennas, LED flashes, and speaker, and connects to the logic board via several ribbon cables.

* The dual LED flash assembly consists of no more than two LEDs soldered to a small interconnect board.

* The forward facing 1.3 Megapixel camera lifts right out of its enclosure in the top portion of the Evo 4G.

* Big players on the logic board include:

Head on over to iFixit for lots more photos and details on the HTC Evo 4G. Have a look and our article on Android vs iPhone to see which smartphone and mobile platform is best for you.