The other day we told you that Microsoft was giving away 89,000 Windows Phone 7 devices to its employees, and it seems according to the BGR, that the employees are now able to pre-order the HTC 7 Pro, so we suspect it shouldn’t be very long before it goes on sale to everyone. 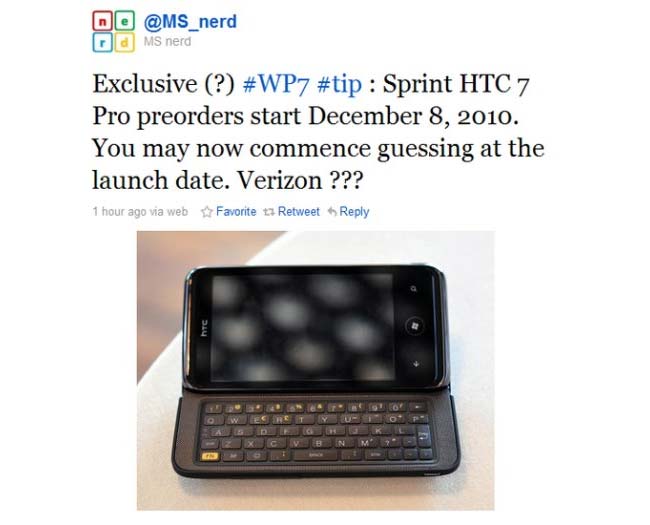 Also the HTC 7 Pro recently got FCC certification, which is always a good indication that the HTC 7 Pro should be available soon. As soon as we get some more information we will let you guys know.