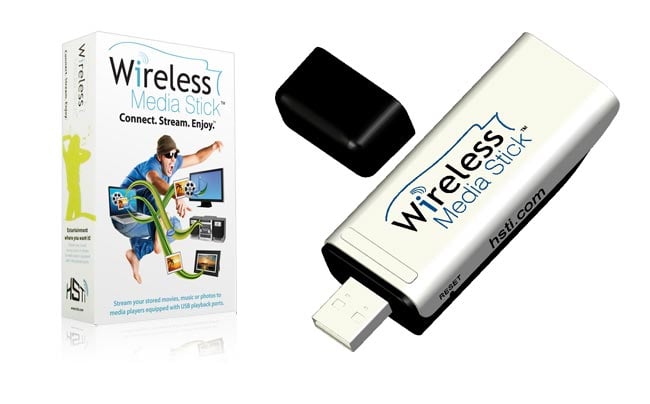 Once it has been attached to a wireless router, or your Smart Phone’s or Tablet’s built in Wi-Fi Access Point, the Wireless Media Stick basically acts as a wireless bridge between the USB playback ports on your media player, game consoles or set top boxes and streams the shared files from the desired Android Phone or Tablet directly to view on your large screen TV via the stick.