HP has said that this is the first webOS release which is designed for their new webOS tablet, the HP Touchpad, which was announced back in February. 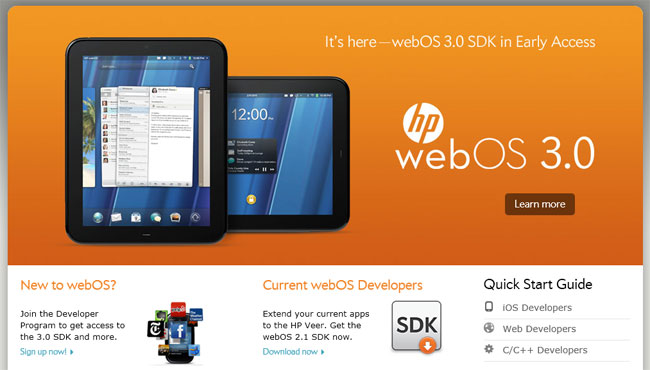 This is the first webOS release specifically targeted at the HP TouchPad*, and we want to make sure you have time to make great apps ready for this exciting platform. Here’s what you need to do to start developing using the newest version of HP’s groundbreaking mobile operating system, and developing great apps for the TouchPad.

You can find out full details about the webOS 3.0 SDK and the HP developer Early Access program over at HP.