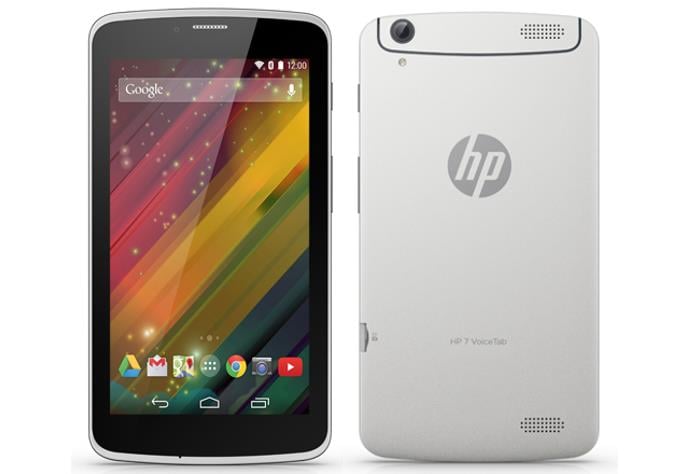 HP has launched its massive phablet dubbed as HP 7 VoiceTab in India for Rs. 10,990 (almost $178), and will be available via HP Online store and retailers across the region.

The phablet comes with an extremely big 6.95-inch display boasting a resolution of 1024 by 600 pixels — the phablet is even bigger than the Sony’s Xperia Z Ultra.

HP 7 VoiceTab is powered by a quad-core quad-core MediaTek MT8382 processor clocked at 1.3GHz with Mali 400 GPU to handle graphics, 1GB of RAM and 8GB of internal storage, coupled with a microSD card slot should you ever need more storage.

Other features include 5MP primary camera for photos and videos, 0.3MP front-facing camera, a massive 3,000 mAh battery and runs Android 4.4 KitKat as its operating system out of the box.

The specifications of the device aren’t too attractive, but what else can you expected from a sub-$200 handset? However, you could opt for the new Moto G since it offers way better features, and costs Rs 2,000 higher than the HP 7 VoiceTab — the new Moto G costs Rs 12,999 and is available for sale through Flipkart.