The light painting photography was captured using torches and a one-hour-long exposure on the camera, to pick up on the lines he traces using different coloured beams in the dark. Watch the video after the jump to learn more about the World’s Largest Light Painting project and see how it was created. 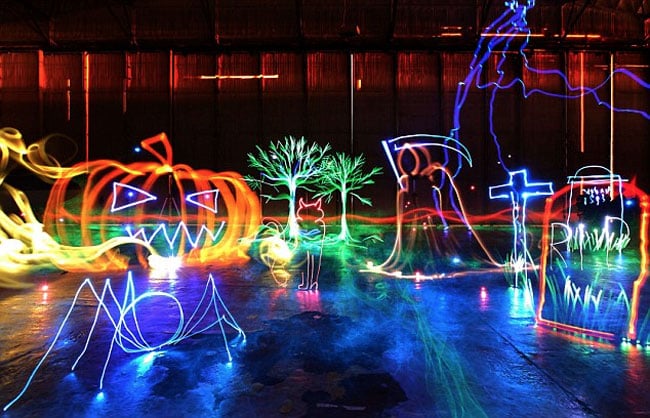 “I am immensely pleased with how the image came out, especially as it was only a second attempt at creating such an ambitious piece, lots could have gone so terribly wrong. After the first attempt, I took a few elements out and made some of the lines stronger, I pretty much achieved what I set out to do and I’m very pleased.”