The number of rumors about the upcoming iPhone 6 are gaining pace. We’ve seen several rumors in the past few weeks, hinting about its launch or the set of features it will come with, as well as a few concept images of the device.

Recently, a Macrumors forum member posted some concept images of the 4.7-inch iPhone, comparing it with the flagship Android devices such as the HTC One M8, Galaxy S5, Nexus 5 and a few others. 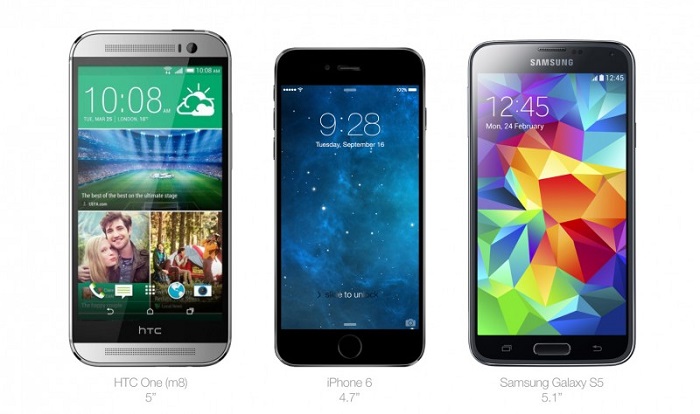 First of all, he compared it with the Google Nexus 5 and LG G2 Mini, which features a similar 4.7-inch screen size, but if the concept image is legit, it could be a little taller then the two. Reason? Well, it’s due to the round home button with Touch ID sensor on the device, plus a top bezel, which is a part of every iPhone we’ve seen to date. 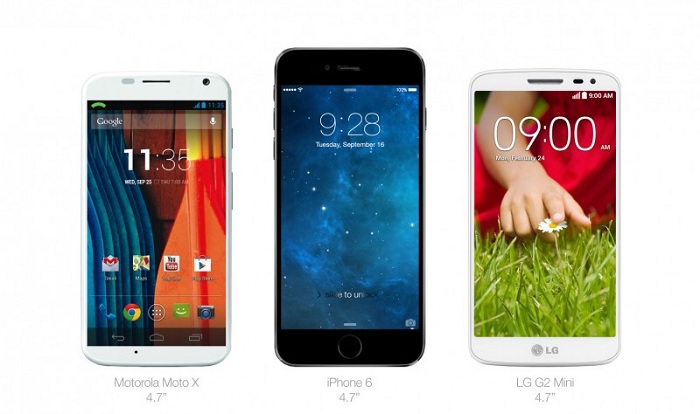 It was also compared with the likes of HTC One M8 and the Galaxy S5 (as shown above). HTC One M8 looks a tad taller then the iPhone 6, but the Samsung Galaxy S5 looks a little same in terms of height, but not it width, it’s appears to be wider than the iPhone 6.

Apple is rumored to be working on two new iPhones, one carrying a screen size of 4.7-inch, while the other one is expected to come with a 5.7-inch phablet display. Rumors hinted that Apple will launch the larger iPhone this fall, but the 5.5-inch model might be delayed due to battery issues with the device.

There’s still no solid proof of its existence, but we’ll find out soon enough if its really true or not.