By all accounts, House of the Dead Overkill is a pretty spectacular Wii rail shooter, so it’s with a glad heart we bring you news of its impending PS3 makeover. Well, by makeover we mean addition of 3D and Move support, as well as “two brand-new scenarios.” But look on the bright side, while most PS3 games look crappy in 3D due to their downscaled textures and models, House of the Dead Overkill will probably look much the same as on the Wii, but in 3D. 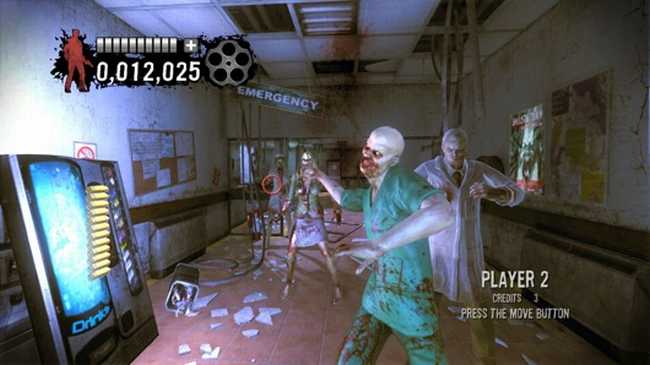 The game will be released on October 25 in the US and three days later in Europe, so plenty of time for you to put that PSN unpleasantness behind you and make up with your PS3. Also, Joystiq point out that the game used to be the World Guinness Record holder for most f-bombs in a game,which is the most amazing selling point of all, if you’re twelve.