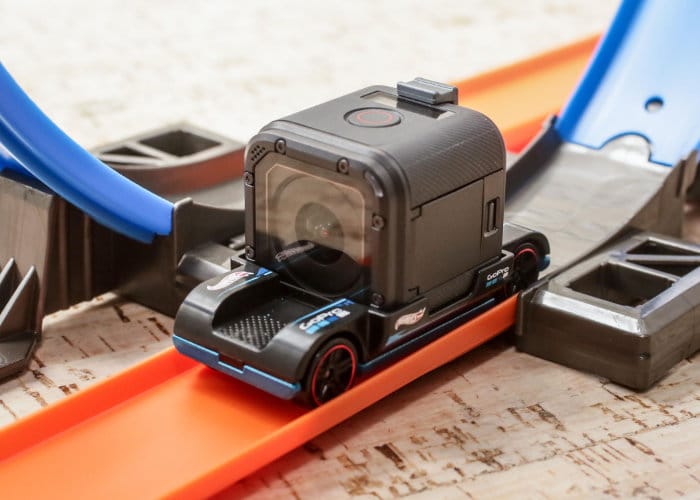 Action camera maker GoPro and Hot Wheels have announced a new partnership which has created the awesome Hot Wheels GoPro car which allows you to capture all the action using your GoPro Hero5 and Session action cameras. The cube-shaped GoPro action cameras sit snuggly in the centre of the new car and is locked in place by a bar that grips the top at the rear. The Zoom In Hot Wheels car will be available later this month priced at just $1.09 but unfortunately will need to buy the GoPro action camera separately. 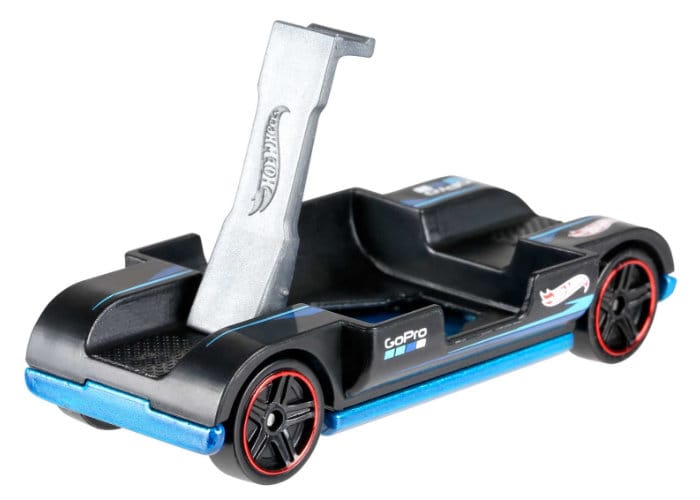 The release of the new Zoom In Hot Wheels car coincides with the 50th anniversary of Hot Wheels. “The Zoom In was developed with both Mattel and GoPro, and it’s effectively a skateboard that a GoPro Hero Session or Hero5 Session attaches to. The black and blue car has a cradle the camera sits in, with a metal latch that pops up to hold the camera in place. With the camera attached and recording, you can then capture footage of the car as it goes through loops, banked corners and over jumps. And as a bonus, you get the high-quality footage you would expect from a GoPro.”

For more information jump over to the official Hot Wheels where the new GoPro camera car will be made available later this month.