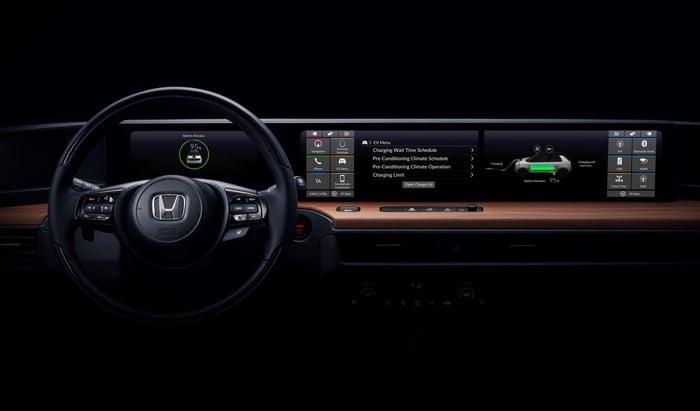 Honda will be showing off a new EV prototype at the Geneva Motor Show next month and now the company has released an interior photo of this new EC.

As we can see from the photo the new Honda EV prototype will come with a full width digital dashboard.

Honda has revealed an interior image of its new compact electric vehicle prototype.

The interior is designed to create a warm and engaging atmosphere inspired by the Urban EV Concept launched at 2017 Frankfurt Motor Show.

The driver interface shown in the image features a full-width dashboard with clean design elements and intuitive user focused technology.

You can find out more details about the new Honda EV prototype over at Honda at the link below the car will be made official on the 5th of March in Geneva.