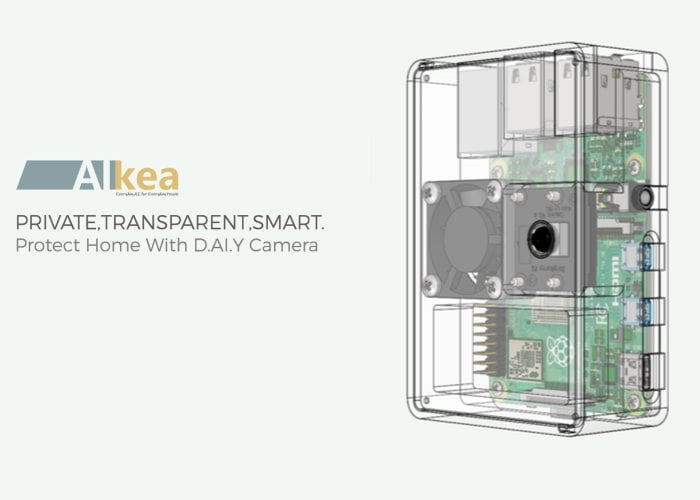 Watch the promotional video below to learn more about the open source AIKEA smart home security camera which is now available to back fire Kickstarter from CAD$170 or roughly £105. The development team behind AIKEA explain a little more about its design, features and functionality.

“The reason that we choose AIKEA as the product name is because we love and respect the core value of the Swedish furniture brand: DIY and creating value by yourself. We believe that AI technology should also be easy to use for everyone, like IKEA’s furniture, instead of a sophisticated technology only for researchers and engineers. Here at AIKEA, we fully embrace open source and transparency.”

– AIKEA is a portmanteau of AI and a certain swedish furniture brand. We’re hoping to bring the fun of DIY to safer, smarter, home security products.
– AIKEA uses a tiny computer (the newly released Raspberry Pi 4) and open-source software (BerryNet to power AI inference and detect intruders.
– When an intruder is detected, a notification is sent to your messenger such as Email or Telegram.
– AIKEA is massively scalable. We have future plans of developing senior care, automated pet care, restricted area alarms, and other AI models to make your AIKEA smarter!

Specifications of the home security camera include