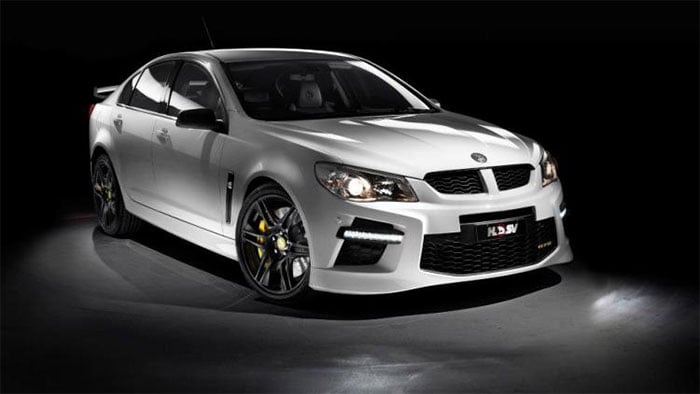 GM long ago announced that it would be ending Holden production in Australia at the end of 2017. Holden Special Vehicles has an idea up its sleeve that could make the very last Commodore something very special and very fast. Rumors suggest that HSV is looking to cram the supercharged 6.2L V8 engine from the Corvette ZR1 under the hood of the final Commodore.

That big, blown V8 would make 638hp and the car would be called the Commodore GTS-R. The current hottest Commodore is the GTS, which packs a 577hp LSA V8 under the hood. The reason the GTS-R can’t get a LT family V8 is that V8 won’t fit under the Commodore’s hood.

Along with the ZR1 V8, the GTS-R might also get the Vette’s carbon ceramic brakes. Chevy doesn’t have a bunch of the blown V8s left so the GTS-R would be a very limited edition car with 200 or less expected to be made. It wouldn’t be cheap ringing in at 100,000 Australian dollars, which is about $71,500 in the US. It will be a serious collector’s item and a great way to say goodbye to an awesome muscle car.