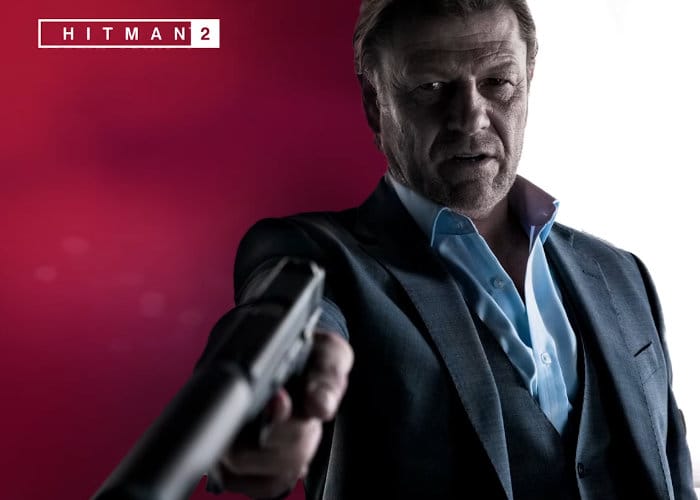 Hitman fans will be pleased to know that the first Elusive Target mission within the Hitman 2 game will be movie star Sean Bean, who will take on the role of Mark Faba, a former MI5 agent turned freelance assassin. The new content will be made available next month from November 20th, 2018 onwards providing players with just 10 days to take down Faba. Check out the reveal trailer below to learn more about the new Hitman 2 content.

Hitman 2 2018 will be officially launching on November 13th, 2018 will be available to play on the Xbox One, PlayStation 4 and PC systems and has been created by IO Interactive.

“Hitman 2’s gameplay will be similar to its 2016 predecessor, as Agent 47, a contract assassin working for the International Contract Agency (ICA), travels to various locations around the globe to eliminate high-profile targets. The game features six missions, which are set in six distinct locations. One of the missions in the game will take place at a racecourse in Miami, where 47 must assassinate one of the drivers and her tech mogul father, while another, set in Colombia, has him hunting the leaders of a local cartel. The game introduces concussive gadgets, which can be used to render an NPC unconscious, and reintroduces the briefcase, which allows the player to conceal and carry large weapons, such as sniper rifles, in public without arousing suspicion.”